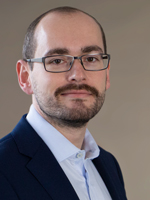 As a result of the energy turnaround and the expansion of the grid, energy-intensive manufacturing companies are confronted with further increases in energy costs and are urged to reduce them through their own measures. In this context, energy costs can be positively influenced by organisational measures, whereby the actual power requirement remains unchanged. This can be done within the machine allocation planning.

However, logistical target values, such as a high delivery reliability, must not be neglected. Therefore, in this thesis a method for energy- and logistics cost oriented machine allocation planning was developed, which considers energetic and logistic target values simultaneously during planning. In the developed method, the planned peak load was used as an energetic target value and valued monetarily via the performance price. The planned schedule deviation in order issue was used as the logistical target value as the target value in the method and was valuated in monetary terms via the stock of manufacturing orders with early planned completion.

The digital development of spaces within the city of Hannover by means of a digital image makes it possible to cover the usage needs of spaces more efficiently and in line with the requirements. The crea-tion of a digital image, which develops new possibilities for access to public space, requires the use of different sensors such as LiDAR sensors and tracking cameras. In order to select suitable sensors that can be used with UAS, the requirements for the overall system are first defined, which are derived in functional requirements for the sensor technology. Subsequently, the degree of fulfilment of the functional requirements by the different sensors

For more than half of the approximately 30,000 wind turbines in Germany, the 20-year EEG funding will end in the next ten years. It is still unclear what the optimal technical and economic strategies for end-oflife utilization might look like. The BMWK joint project „TransWind“ aims to analyze the end-of-life issue on a micro- and macro-level in a transdisciplinary manner to support stakeholders from politics, the wind industry, and the resource and recycling sector in the selection of end-of-life strategies.

In this paper, a new solution for the facility layout problem is presented. The approach was integrated into a planning software. The aim of the MeFaP research project was mainly the development of a user-friendly decision support regarding the facility layout problem for small and medium-sized companies. Therefore, a realistic modelling of the planning problem was focused on. Thus, a path planning with area allocation was integrated, for example. The metaheuristic Tabu Search was selected as a solution approach. To ensure an efficient optimisation, the optimisation is performed in two steps, once without and then with route planning. The experiments were performed with the objectives material flow distance, temperature and cleanliness, which are briefly described. The results of the experiments were compared with current solution approaches.

Assembling large-scale products involves frequent process interruptions. To reduce the duration of an assembly stop, the WZL of RWTH Aachen University and the IPH Hannover developed an approach which is able to identify alternative assembly plans and to evaluate them on the basis of the logistic performance objectives. Stock, capacity utilization, lead time and adherence to schedule are transferred into costs and assembly plans are thus comparable based on one parameter.

The use of 3D printing techniques gives manufacturing companies the opportunity to implement new production processes and to unlock economic potentials. In this article a research project is presented, which aims to analyse the use of build-operate-transfer models with 3D printers. Thereto an evaluation and implementation tool for build-operate-transfer models is being designed, which considers the perceptions of the suppliers and the costumers.

When designing logistics processes, the demand for an environmental sustainability is increasing. Often companies have a choice between different alternatives, which costs and environmental consequences may differ. This paper presents the results of a research project that aimed to develop a method for the ecological and cost-based selection of supply concepts.

The production ramp-up is often a critical period for manufacturing companies. It is essential to prepare an efficient plan and to monitor consistently the abidance of this plan. With a maturity level model and key figures the quality of a ramp-up can be described. Therefore, the values of the key figures are categorized into maturity levels. By different aggregation levels a target-actual comparison can be made based on one key performance indicator.

The production ramp-up is often a critical period for manufacturing companies. With a developed method for planning and monitoring of production ramp-ups at new locations this critical period becomes manageable. The method consists of reference processes, key figures and reactions. By different aggregation levels a target-actual comparison can be made to identify appropriate reactions.

The assembly of complex, large-scale products is often characterized by poor date availability, limited process standardization, frequent product modifications and flexible usage of resources, which often leads to interruptions in the assembling process. Therefore, in a research project between the IPH Hannover and the WZL of RWTH Aachen University, a methodology for assembly processes is developed which allows the identification and evaluation of process alternatives in case of interruptions. For the evaluation of those process alternatives logistical objectives are used.

The production ramp-up is often a critical period for manufacturing companies. It is essential to prepare an efficient plan and to monitor consistently the abidance of this plan. Generally processes and activities can be monitored with key performance indicators. This article describes an approach to identificate key performance indicators for the monitoring of additional production capacities at new locations.

When designing delivery concepts, companies often have a choice between different alternatives. The decision between these alternatives is no longer made only on their costs and logistical efficiency. Rather the ecological compatibility of the processes is more and more considered. This paper introduces ways to integrate environmental sustainability into decision-making.