The Institut für Integrierte Produktion Hannover (IPH) has developed a new forging procedure which considerably saves material and energy. In the EU project REForCh, researchers were able to reduce the burr percentage in the forging of crankshafts from 54 to 7 percent and were moreover able to save approximately 20 percent on energy. The procedure has already been successfully tested in the industrial environment. It is only a small step to the application stage.

For two years, the IPH researched the procedure – with funding from the European Union and in close collaboration with companies from Spain, Romania and Turkey. The result: The researchers were able to significantly reduce the burr percentage in the forging of a two cylinder crankshaft. In conventional forging procedures, 10.8 kilograms of steel had to be used to forge the 7 kilogram-heavy crankshaft – that corresponds to a burr percentage of 54 percent. With the new, multi-directional forging procedure, the burr percentage decreases to only 7 percent: In order to produce this same crankshaft, 7.5 kilograms of steel suffice. Moreover the new procedure saves about 20 percent energy because less steel must be heated.

The savings are possible through so-called multi-directional forging. In conventional forging procedures, metal forming is done exclusively through pressure from above. Surplus material escapes to the sides. This results in the forming of the so-called burr that must subsequently be removed. Using multi-directional forging, the heated steel is reformed not only from above but also by simultaneous pressure to the sides. Thus the steel can be pressed in form in a more controlled manner and less material is wasted.

The IPH has already been working on the multi-directional forging for more than ten years and has developed it further in several research projects. As part of the EU project REForCh, the procedure has now been successfully tested for the first time in the industrial environment. REForCh stands for "Resource efficient forging process chain for complicated high duty parts".

Approximately 1.1 million euros have been invested in the research project by the EU. A total of six companies and research institutes from Germany, Spain, Romania and Turkey were involved in the project. The Institut für Elektroprozesstechnik (ETP) of the Leibniz University of Hanover designed the induction heating processes and studied the energy balance of the forging procedure. The Spanish company Aurrenak produced the forming tool which can be inserted into a perfectly normal eccentric press and diverts the press pressure so that the steel is formed simultaneously from above and from the sides.

The new procedure was successfully tested in Turkey: The forging company Omta? Otomotiv Transmisyon Aksami has ready produced prototypes of two cylinder crankshafts for quads and snow mobiles using the multi-directional tool and would like to now transfer the procedure to the production of other crankshaft types. It is only a small step to application stage.

The research results benefit all forging companies who want to save on materials and energy: The Institut für Integrierte Produktion Hannover (IPH) will be happy to forward the findings obtained from the project and advises companies on the multi-directional forging method. Contact is Dr. Malte Stonis, who can be reached at the phone number +49 (0) 511 279 76-336 or via e-mail at stonis@iph-hannover.de.

The business has its headquarters in the science park Marienwerder in the northwest of Hannover and currently employs about 70 people, of which about 30 are scientific personnel. 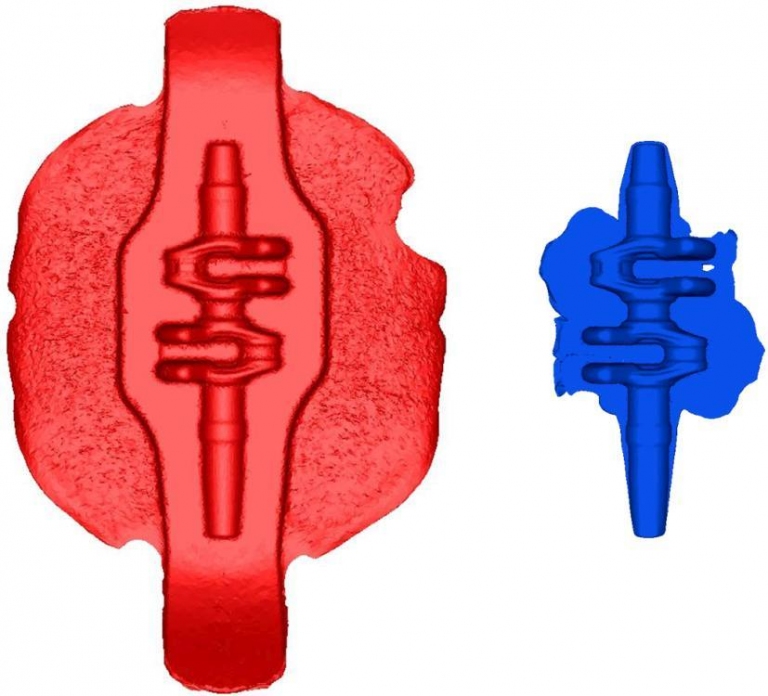 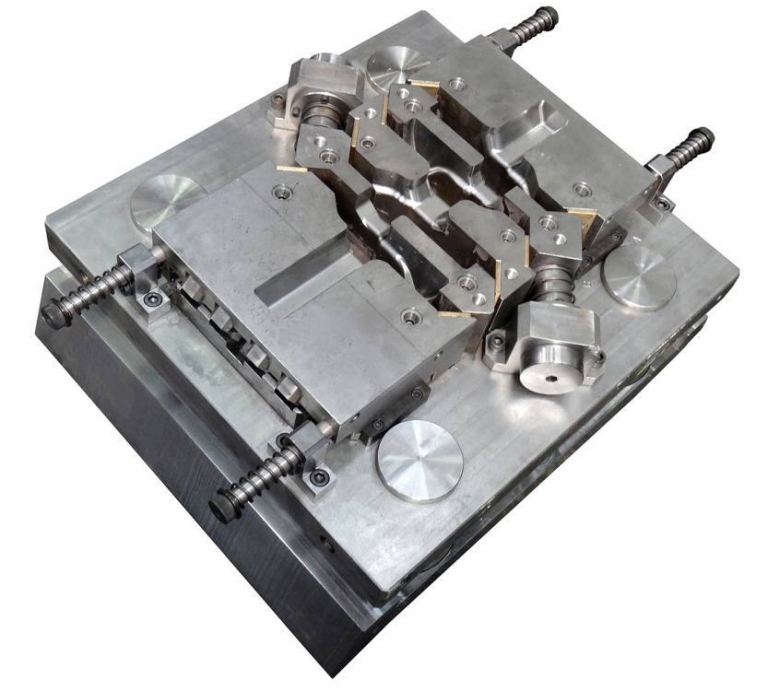 Forging tool
The multi-directional forging tool not only presses metal into the form from above but also at the same time from the sides. This creates fewer burrs. 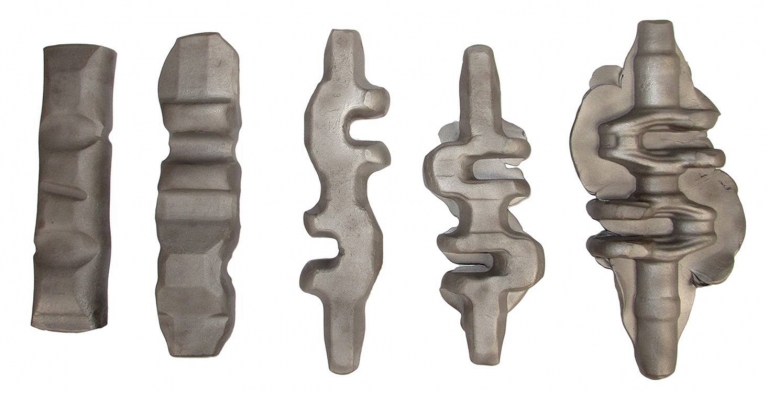 Process chain
Five forging steps are needed for the finished crankshaft. The fourth step takes place with the multi-directional tool.