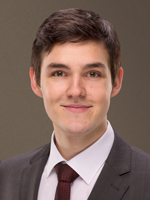 Bulk-formed components are used in many applications in automotive and plant engineering. The conditions under which the components are manufactured, often at more than 800°C and thousands of tons of forming force, lead to high die wear. One way to reduce wear is to use suitable protective coatings. Initial basic investigations showed that the use of hard Diamond-like Carbon (DLC) wear-resistant coatings can significantly reduce the tribological effects on the die surface. With new methods such as the use of multilayer layer coatings and temperature measurement on the die surface by use of thin layer sensors, the potential of wear protection for semi-hot massive forming is to be investigated and expanded.