The EU wants to help European SMEs to catch up with smart industry. To provide specific support, the EU has initiated a pan-European survey on "Smart Engineering". The research project's objective is to identify the actual situation of European companies on their way towards Industry 4.0, to sum up all national funding initiatives and to determine the actual demand of SMEs. The project is jointly conducted by 15 research institutions and companies from seven countries – among them the Institut für Integrierte Produktion Hannover (IPH).

Smart engineering and networked systems revolutionize production industry. Machines learn how to intercommunicate and autonomously keep supplies coming, as soon as parts run low. Automated guided vehicles transport parts from the warehouse to the machine or they transport finished products to the shipping department. In modern factories, data is collected around the clock. With systematic data evaluation, companies can for example reduce maintenance costs and improve the quality of their products.

Small and medium-sized enterprises can also benefit from these developments. However, "the majority of SME managers is neither really aware of the basic developments and state-of-the-art of smart industry, nor do they have an idea how to deal with this issue professionally in their own company" – the tenor of an EU working paper on smart engineering. "Other competitive markets, such as North America or Eastern Asia, seem to be much better prepared which should give Europe reason to worry." Though many countries have already developed strategies to support countries on their way towards Industry 4.0, national activities mostly fail to provide opportunities for knowledge transfer and mutual learning. For this reason, the benefit for small and medium-sized companies remains limited.

To support the competitiveness of European SMEs, the European Union has initiated the research project "SMeART". 15 research institutions and companies from seven countries are involved – among them the University of Applied Sciences for SMEs (FHM) and the Institut für Integrierte Produktion Hannover (IPH). Within the scope of the pan-European study, researchers will assess the status quo to get an overview of all funding initiatives of the 28 member states and to create a funding map in six languages (English, German, Spanish, Italian, Dutch and Slovenian). The map will show which regions are still in need of specific funding programmes.

Furthermore, the researchers will develop a stress test tool, giving small and medium-sized enterprises a means to find out their individual situation, i.e. how far they have already come on their way towards smart engineering and where they lag behind their competitors. In pilot projects, researchers will support selected companies in taking their next steps – for example when introducing new technologies.

Based on the research results, the European Union's aim is to provide specific support to small and medium-sized enterprises to promote their transfer to smart industry – thus making them stay competitive compared to their international competitors. The research project "SMeART" is funded by the EU with about one million euros. The abbreviation stands for "Knowledge Alliance for Upskilling Europe's SMEs to meet the challenges of Smart Engineering". The project duration ends in December 2019. 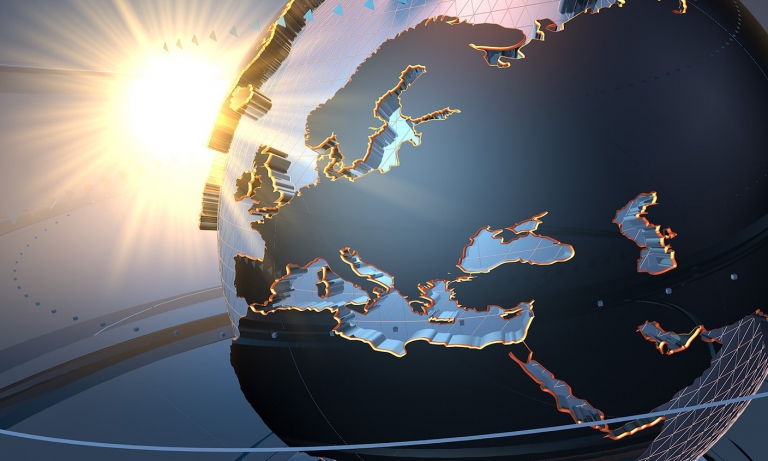 Keep Europe competitive
This is the reason why the EU supports small and medium-sized enterprises on their way to smart industry.