The first drone that can fly autonomously even indoors and explore unknown spaces is being developed by scientists at the Institute for Integrated Production Hannover (IPH) gGmbH in the research project "Autodrohne in der Produktion"". The IPH engineers have a very special application in mind: The drone is supposed to explore and photograph factory halls autonomously in order to create a 3D factory layout from the pictures. While the layout capture from the air is already working, the autonomous flight is not yet possible. The scientists now want to work on this: Over the next two years, they will develop from scratch the hardware, the AI algorithms and a security concept for autonomous drone flight. 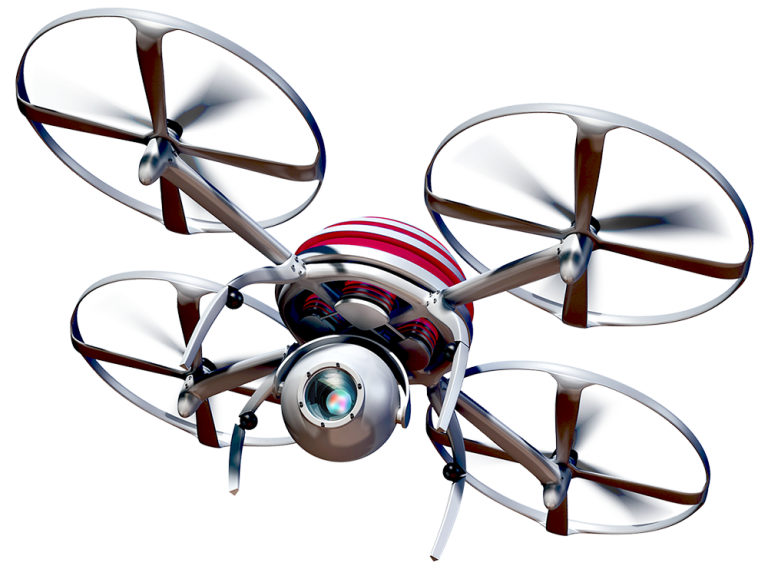 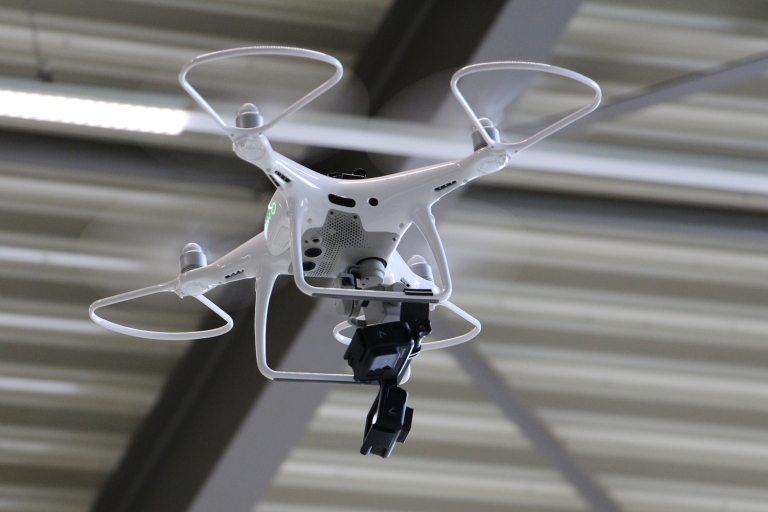 Indoor drone in practical test
IPH has already shown that layout capture from the air works in the predecessor project "Instant Factory Maps" - but the drone did not yet fly autonomously. (Photo: IPH) 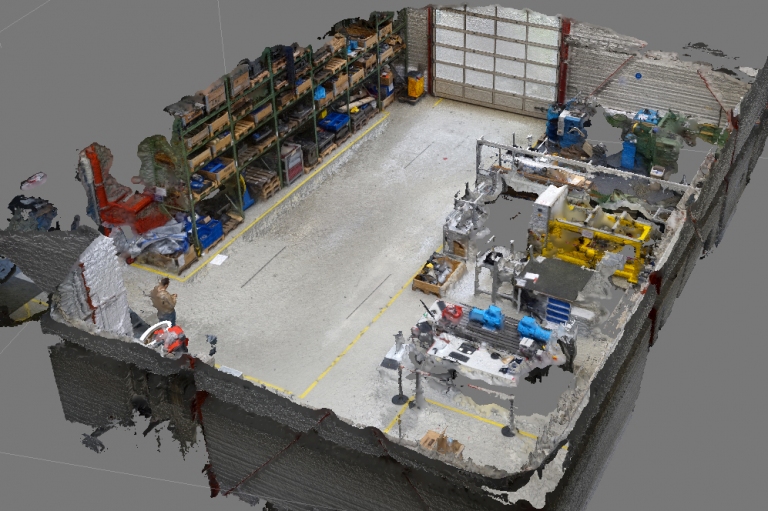 3D-Layout
This three-dimensional rough layout of the IPH experimental hall was created from photos taken by the drone in flight. (Source: IPH)